Paul Nash and the Invention of the War Artist 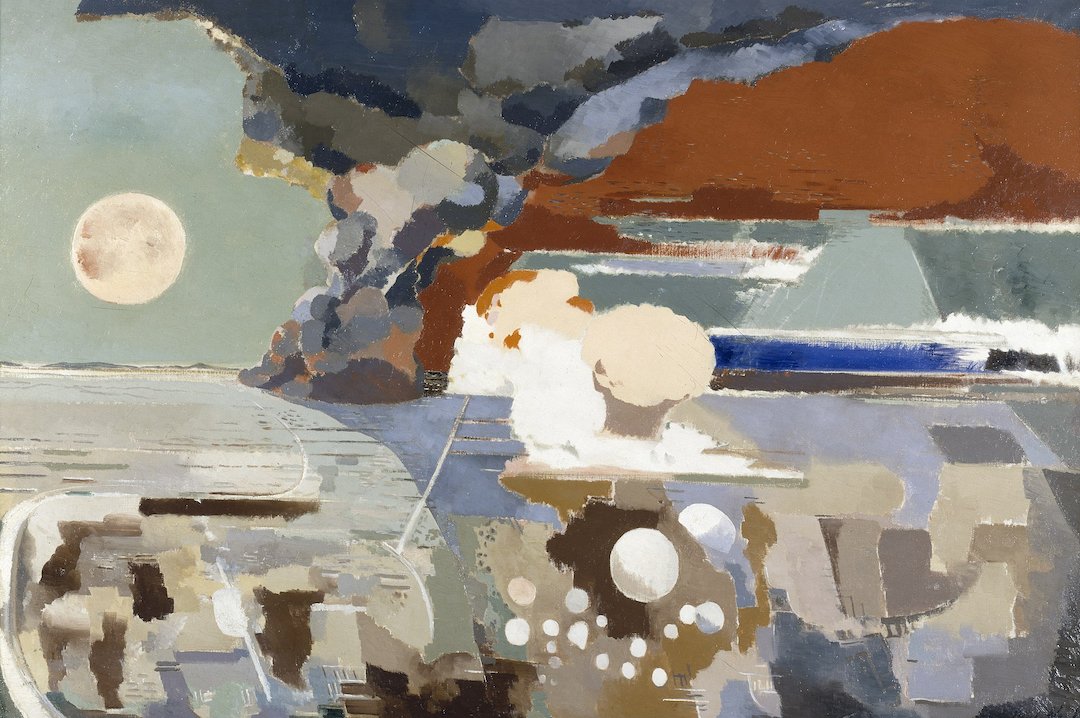 The Battle of Germany by Paul Nash, 1944

The 2017 Tate Britain retrospective of the work of Paul Nash (1889-1946) revealed an artist of diverse talents. Known for his expressive landscapes, Nash also produced prints, textiles, glassware, book designs, photography, set designs and plans for interiors during the course of a long career.

Yet it is as a war artist that Nash is still best remembered.

One of only a handful of artists commissioned by the British government during both world wars, Nash remains among the most influential war artists of all time. His career charts the expansion of government support for art during wartime. And it illustrates how the concept of the war artist developed over the course of the 20th century.

World War I: The “Official War Artist” is Born

War artists didn’t exist when the art student Paul Nash enlisted in the military at the outbreak of World War I. At that time, there were only artists or soldiers or soldiers who happened to be artists. Nash began as one of these.

Like many men with a background in the arts, he signed up with the Artists Rifles, a territorial regiment based in London. Despite the name, making art was not part the brief for the Artists Rifles. Instead, they served as ordinary soldiers and eventually saw combat in France where they suffered a high number of casualties.

Nash was to have a different fate, thanks to a freak accident. Stationed on the Western Front, he fell into a trench while sketching, cracked a rib, and was sent home to recuperate. While he was gone, Nash’s unit took part in the notorious assault on Hill 60 during the Battle of Messines. Most of his former comrades in arms were killed.

The fall proved lucky for Nash in more ways than one. The British government was at that moment launching an unprecedented scheme of wartime art sponsorship. The Imperial War Museum (IWM) had just been established and given the mission document the war. It was actively collecting art and commissioning work by artists to build its collection.

Following a tip from a fellow artist, Nash applied to the scheme and was hired. He became one of the first government-supported war artists, joining a prestigious group that included Wyndham Lewis, John Singer Sargent, Sir Stanley Spencer and Sir William Orpen. The IWM also bought war-related works by other professional artists, male and female, and collected the work of amateurs including serving soldiers.

An Artist in Uniform

Nash returned to the front, but this time as an official war artist, an observer in uniform with his own rank, batman and chauffeur.

He spent six weeks sketching on the Western Front during one of the bloodiest periods of the war. He worked a kind in a frenzy, his letters show, producing up to a dozen sketches a day.

The carnage horrified him, and he vowed to expose the conditions faced by British soldiers in the trenches. “I am no longer an artist interested and curious,” he wrote to his wife. “I am a messenger who will bring back word from the men who are fighting to those who want the war to go on forever.”

Nash turned this raw material into some of the most powerful works of war art ever made. When drawings such as The Wire and paintings like We Are Making a New World were exhibited in 1918, they shocked the public but at the same time were highly praised.

These works established Nash’s early reputation and laid the groundwork of a new standard for art that unflinchingly showed war’s harsh realities. At the same time, they boosted public awareness of the role of the war artist and set the stage for its next phase during World War II.

The inter-war years saw Nash pursue many avenues in his art, including a return to landscape painting and a prolonged Surrealist period. When the Second World War broke out, Nash was one of the first artists to receive an official commission. At the age of 51, he found himself once again on the government payroll as a war artist.

Despite his seniority, Nash’s relationship with his employers wasn’t always a happy one. Hired by the Air Ministry, he was soon fired for being too avant garde, then rehired for the duration by the director of the brand new War Artists Advisory Committee (WAAC), Sir Kenneth Clark.

Clark, then director of the National Gallery, became the driving force behind a huge expansion of government support for artists during the Second World War. He had witnessed the destruction of an entire generation of young artists during World War I. Determined not to let that happen again, he used the WAAC to create a different role for artists during wartime, while offering them a way to make a living.

The numbers testify to the size of his vision. Under his leadership, the WAAC gave full-time employment to thirty-six male artists and one woman, Evelyn Dunbar. It offered short-term contracts to a hundred more artists and bought works by a further 264 professionals and amateurs.

By the end of the war, the WAAC had commissioned over 400 artists in total, including John Piper, Graham Sutherland, and Henry Moore on the home front, and Anthony Gross, Edward Ardizzone, Mary Kessell and Dame Laura Knight overseas. It had purchased around 5570 works of art, the majority of which later found their way into the IWM’s collections.

The Legacy of Paul Nash

Nash died young, just 18 months after the end of the war, in 1946. His final painting for the WAAC scheme is one of his best known. The Battle of Germany (1944) is an abstracted vision of an aerial battle Nash never saw, but it remains one of the most influential examples of war art in existence.

Contemporary war artists—and the war artists of the future—continue to owe a debt to Paul Nash. A reluctant soldier, he became an impassioned advocate for truth-telling about war through art. Nash helped create the myth of the soldier-artist and define our image of the war artist as witness. The works he left behind have continue to shape contemporary views of what war art can, and should, be. 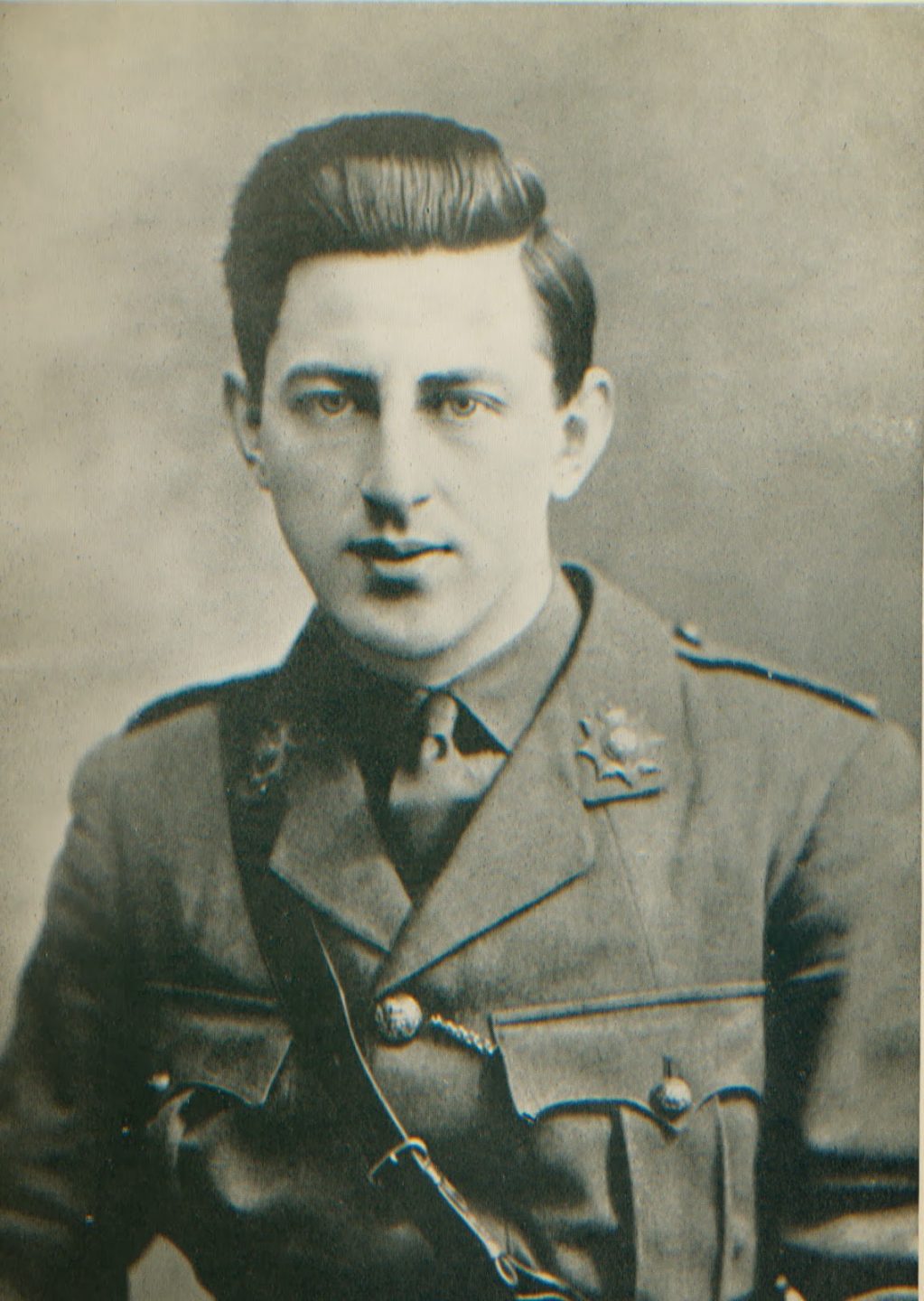