Painting a Pilgrimage: The Romería Series

Image: Pilgrims rest in the shade of umbrella pines during the Romería del Rocío. The Halt by Michael Alford.

In May of 2018, painters Michael Alford and Marcus Hodge traveled to Andalusia to draw inspiration from Spain’s largest religious festival, the Romería del Rocío.

This famous pilgrimage sees thousands of Spaniards accompanying statues of the Virgin on an annual journey to the shrine of El Rocío. Traveling exclusively on foot, on horseback or in colorful mule- and ox-drawn wagons, the participants travel long distances across Andalusia, taking several days to reach the remote village, located in the marshes of the Parque de Doñana. Once there, they celebrate with masses, traditional music and processions.

‘The idea to see the pilgrimage originally came from Marcus,’ Alford says of their adventure. ‘He wanted to paint the magnificent Spanish horses, which have a role at the very centre of this celebration. I was attracted by the human element—the figures—and to the stunning landscapes of Andalusia.’

Travel in search of inspiration

This isn’t the first time Alford and Hodge have traveled together for the sake of art. The two met in Afghanistan in 2011, where they both worked as official war artists (Alford was to return again in 2013). Though their painting styles are very different, they share a love of travel and a need for new visual experiences to feed their creativity. Other trips have taken the pair to India and Greece in search of artistic inspiration.

With no way to make pre-arrangements, the two painters had no idea what kind of reception they’d get when then met the pilgrims in El Rocío, where the festival was in full swing. Fortunately, the celebrants welcomed the artists into their company. They were taken under the wing of one of the many hermandades—religious fraternities—who come from all over Spain to participate in the Romería.

‘Marcus and I owe everything to the kindness and hospitality of the Hermandad de Jerez de la Frontera,’ Alford explains. ‘They didn’t know us from Adam, but they took us in, they fed us, included us, and made us feel part of what is fundamentally a private ritual for them. I want to stress that there are practically no outsiders present for the actual journey. It was a great privilege to be there.’

Alford and Hodge spent a week travelling on foot with the pilgrims as they returned through the Parque de Doñana. ‘It was a very hard slog,’ Alford recalls, with long hot days spent struggling through deep sand at the rapid pace set by the animals. At night, he and Hodge ate with the pilgrims and slept in tents in the open. Alford documented his experiences with photography, drawings and watercolour sketches, from which he later created a collection of paintings, The Romería Series.

‘I wanted these paintings to communicate what it felt like to be part of this immersive experience,’ he says. ‘I’ve tried to capture some of the authenticity and liveliness of the scenes I saw: the horses, the oxen and mules, the riders on horseback, the deeply non-mechanized nature of the pilgrimage, the rugged landscapes of the Doñana. It’s really like being transported to a different age. It’s nothing but people and animals traveling through a wilderness of deep sand, pine trees and wild boar.’

The first paintings of the Romería Series went on display in June 2019 as part of Michael Alford’s solo exhibition at Wimbledon Fine Art, in London. 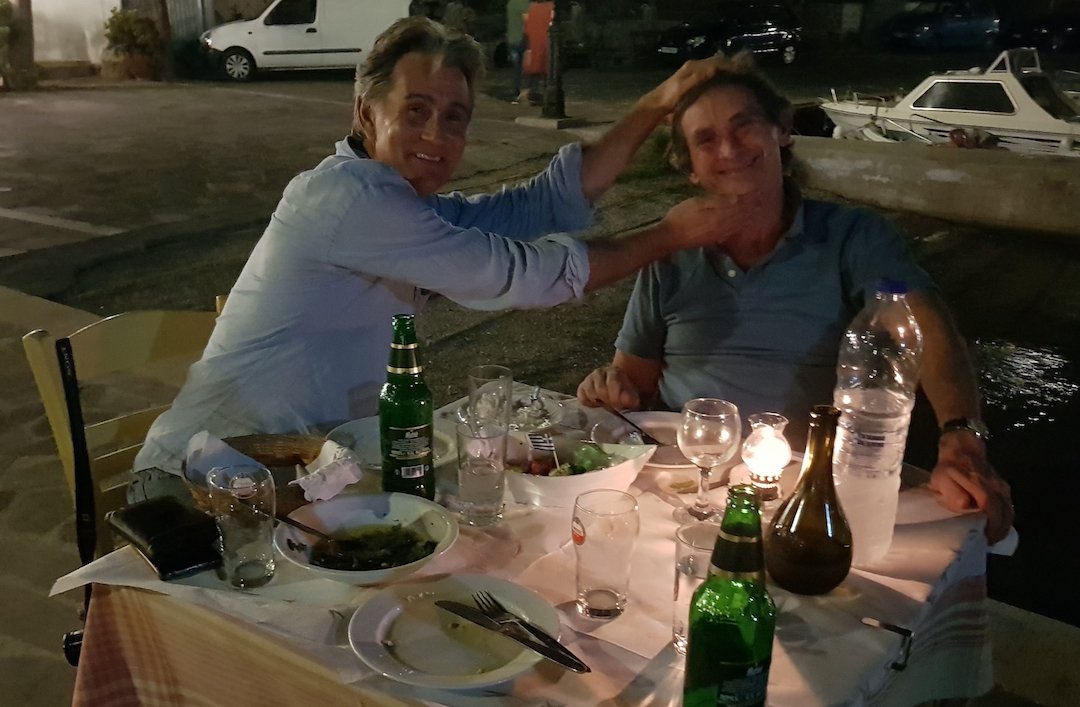