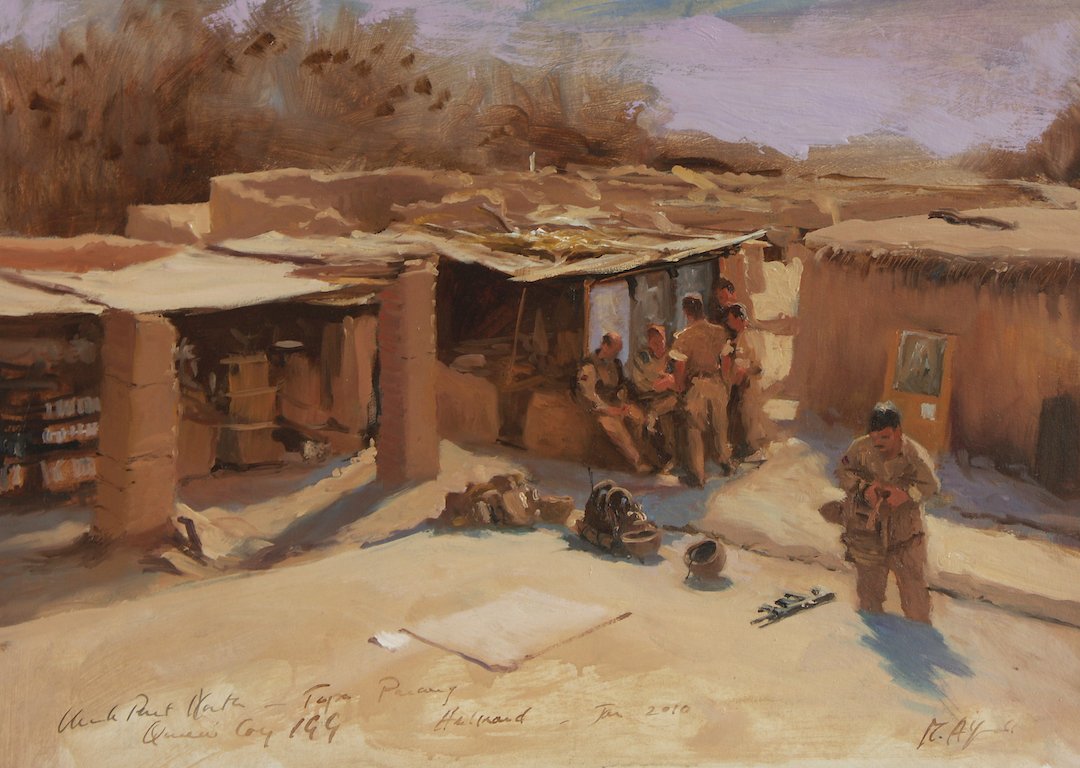 These government schemes left a lasting legacy for the nation with hundreds of works now mostly held in the collections of the Imperial War Museum (IWM). They also raised the public awareness of the value of artists as witnesses, documentarians and commentators in wartime.

The tradition continues today. In recent years the IWM has commissioned prominent British artists including Turner Prize winner Steve McQueen, Roderick Buchanan and Willie Dougherty to create art in response to conflict. In 2003 the team of Langlands and Bell created the video work, The House of Osama Bin Laden, for the IWM.

Today’s official war artists differ from their predecessors in a number of ways. For one, there are relatively few of them. Despite Britain’s involvement in a string of conflicts—including the Falklands, the First Gulf War, Bosnia, Afghanistan and Iraq—the IWM commissioning program is tiny compared to the WAAC’s expansive wartime operation.

Another difference is their relationship with the military. A high proportion of past war artists spent time in uniform; many were given officers’ ranks as part of their official status. War artists in both world wars saw combat. Three of them, including Eric Ravilious, died in the field during World War II.

By contrast, today’s official war artists are mostly civilians with no soldiering experience. They typically maintain their distance from the fighting. With rare exceptions, such as photographer Mark Neville, who worked for two months alongside British soldiers in Helmand, they often spend little time—just a few days in some cases—in war zones.

Regimental Artists: Embedded with the Troops

The direct experience of making art on the front line was formative for the previous generations of Britain’s war artists. For this reason, Nash and his contemporaries might find more in common with a different kind of war artist working today.

These are artists commissioned directly by the military to document particular campaigns. They travel into combat zones and spend significant amounts of time in the field, living and working beside soldiers, sometimes on the front line. Their brief is to record what they see and produce drawings and paintings for regimental collections.

The Afghan Conflict saw a crop of British talent working with the military in this way. Artists like Michael Alford, Matt Cook, James Hart Dyke, Arabella Dorman, Marcus Hodge and Douglas Farthing, all spent time embedded with the military in combat zones. Some, like Alford and Farthing, a former serving soldier, returned several times. One, Graeme Lothian, was wounded in the hand by a Taliban bullet during his war artist service.

These war artists witness conflict first-hand and collect primary material in the field. While not “official” in the sense of being commissioned by the government, they’ve gone on to produce some of the best documentary work on war in recent conflicts. Many have used their experiences in a wider creative context, creating significant bodies of work on the theme of modern warfare. Their output has been purchased by national collections including the IWM and the National Army Museum.

The Road to Basra 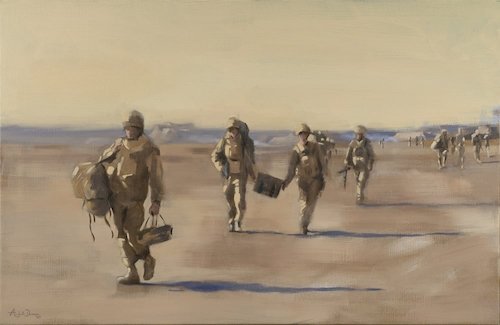 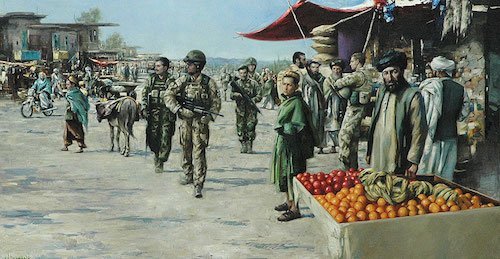 And in Today Already Walks Tomorrow 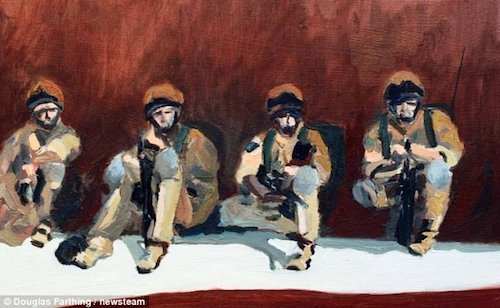 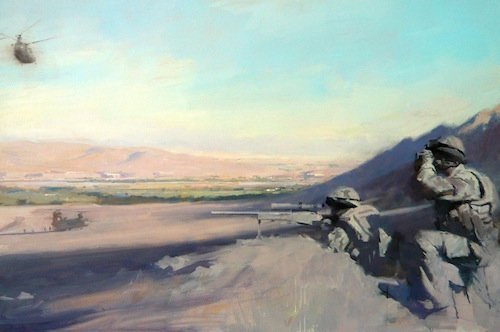 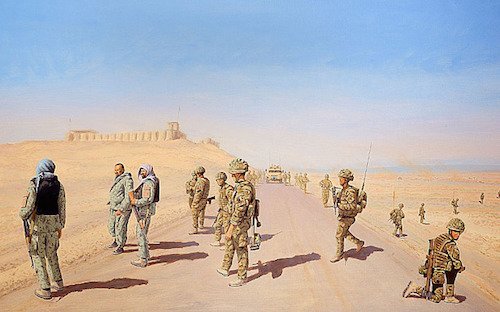 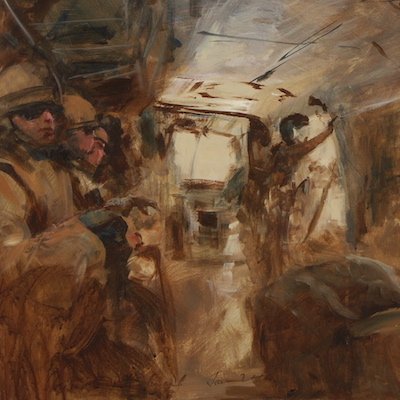 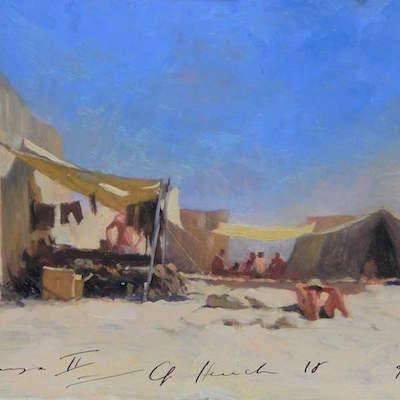