Eastbound, Piccadilly: Notes on the Painting 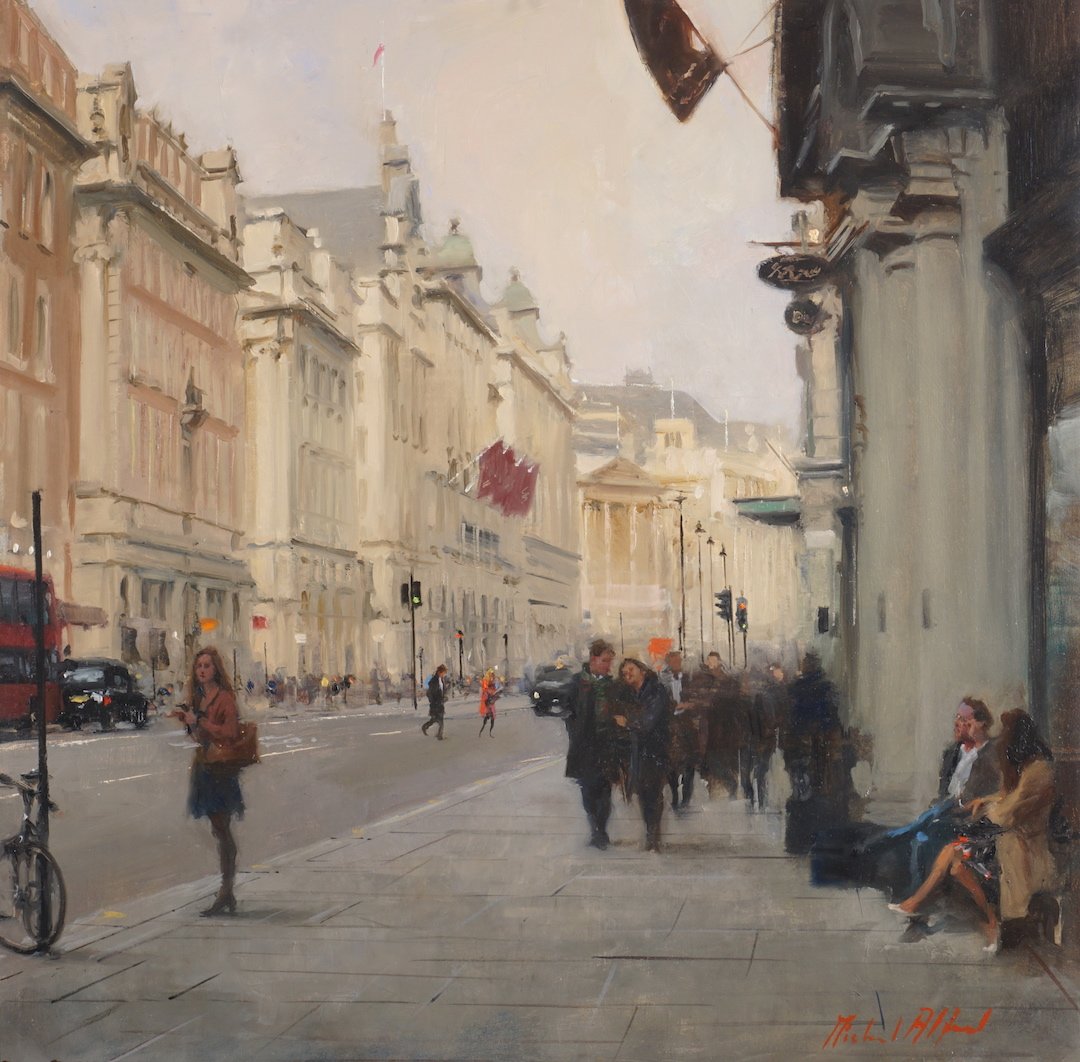 Eastbound, Piccadilly: “The human element gives a painting, and a city, its life.” Michael Alford

This painting is a view from the south side of Piccadilly, roughly halfway down the block between St. James and Duke Streets, facing east in the direction of Piccadilly Circus.

It’s an early summer afternoon on a day of weak sunshine, still a little chilly in the shade—typical London weather. People are out and about, some in light clothes, some in coats.

My paintings always begin with direct observation and this one is no exception. I often make preparatory sketches when I tackle unfamiliar scenes but I know this subject well because I’ve done many cityscapes of Piccadilly over the years.

I used photographs to record the light and the mood on this particular day then sketched the composition directly onto prepared board, which is the medium I paint on. I used oil paints.

I keep returning to Piccadilly because there are specific things that make this view of London especially attractive to me. Notice the way the angle of the buildings changes at the bottom of the street, at Piccadilly Circus? That means you can see the architecture at the end of the road, which makes the background more interesting.

I like the colourful flags on the Royal Academy, the old street signs on some of the buildings, and the Eau-de-Nil green on the façade of Fortnum and Mason. You can just see a glimpse of its awning in this picture, but that colour is unmistakable and I use it in my paintings whenever I can.

I look for interesting light conditions to give variety to cityscapes. Here I like the dynamism that comes from a strong contrast between the shadows on the right side of the image and the sunlight falling on the buildings on the left.

I also like to play with the disposition of the figures in a scene. There are people sitting, strolling, waiting, hurrying across the street. There are bicycles and taxis, all arranged for visual effect.

The human element gives the painting, and the city, its life.

I never tire of painting London. It offers a balance between traditional architecture and a constantly evolving cityscape of new buildings. It changes according to the seasons and the time of day.

The way people interact with the city is also always changing—the increase in the use of bicycles and mobile phones, for example, has influenced my approach to cityscapes. All this dramatically transforms the way even the most familiar view looks. It’s a living subject, never boring.

“I like the colourful flags on the Royal Academy, the old street signs on some of the buildings, and the Eau-de-Nil green on the façade of Fortnum and Mason. “ 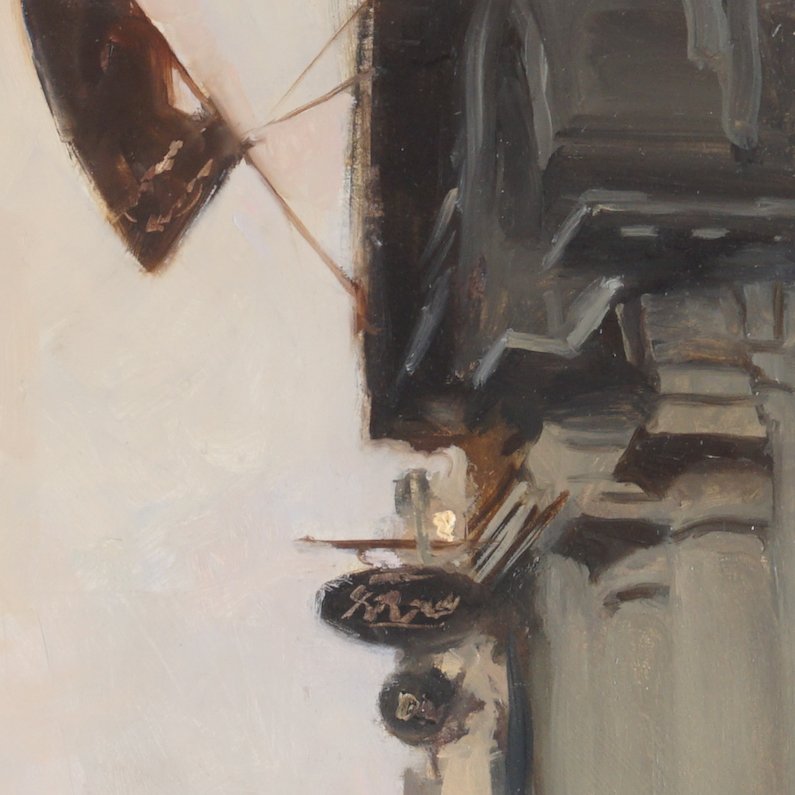